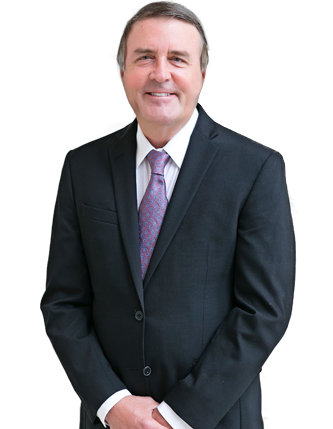 “We have used this firm’s services for over 15 years and find them to be a very valuable vendor relationship for our bank. Walt Fair’s knowledge of real estate law, combined with his life-long experience in working with title insurance underwriters, ensures that we won’t have any surprises along the way when getting transactions closed for our customers. See testimonials.”

“My wife and I have been clients of the Walt Fair law firm for 30+ years we have always been treated with respect and taken care of promptly. I have always trusted Walt and his associates to document our business endeavors. I highly recommend this firm. See testimonials.”

“Great people. They made everything easy and explained everything step-by-step. See testimonials.”

“We don’t seek out vendors. We seek out strategic partners – those who strive to treat us the way that we treat our customers. Walt Fair and his entire crew are the best partners. They work alongside us to help meet our customers’ needs. They are always willing to work smarter, longer and harder to accomplish the impossible. And, they serve as a great resource to all of our lending staff. See testimonials.”

“Walt Fair's title office is the best in town! They go above and beyond to make sure the closing process goes as smoothly as possible. Their customer service is wonderful and they are great at communicating every step of the way. There is no problem they cannot tackle and Walt is extremely knowledgeable! See testimonials.”

“I’ve worked with Walt and his staff for 15 years and have always received prompt and professional service. Whether it’s working through a title issue, preparing loan documents or getting Walt’s professional opinion about a complex real estate transaction, Walt is my “go to”. See testimonials.”

“As a real estate investor, there are few things in my process as important as a solid team at my title company. Walt has the perfect balance in his office of detail-oriented escrow officers, solid communicating escrow assistants, and, when you need it, the legal expertise to get the hard deals done. See testimonials.”

Walt Fair was admitted to Baylor University School of Law prior to completing his undergraduate studies and was awarded a Juris Doctorate degree in 1983, becoming one of the youngest lawyers in modern Texas history at age 23. During his brief time as an undergraduate at Baylor, he was named to the Dean’s Distinguished Academic Honor List.

He has been in the land title business since 1976, serving as Managing Director of Home Abstract and Title Company until 2003. Walt was named Stewart Title Guaranty Company’s Texas Young Titleman of the Year in 1991.

Walt is an adjunct professor at a local college and is licensed by the Texas Real Estate Commission to instruct Principles of Real Estate, Real Estate Law, Promulgated Contract Forms, Law of Contracts, Law of Agency, and continuing education electives. He is licensed to practice law by the Texas Supreme Court, Colorado Supreme Court, United States District Court for the Western District of Texas, and the United States Supreme Court. He has served as Chairman of the Board of Synergy Bank, SSB and Synergy Mortgage Corporation. Walt is currently President of RE/MAX Centex, Realtors and was named RE/MAX of Texas Broker/Owner of the Year in 2012 and again in 2014.

The primary focus of The Law Firm of Walt Fair, PLLC is the representation of financial institutions, investors, developers, builders, and individuals in the settlement of real estate transactions. The firm serves as a fee attorney office for a Fidelity National Title Insurance Company agency and closes more than a thousand real estate transactions each year. The firm documents thousands more transactions each year for its bank clientele and offers IRC § 1031 qualified intermediary services.

Walt also has extensive experience in the formation and operation of complex series limited liability companies and the creative utilization of the liability compartmentalization feature that such entities offer.